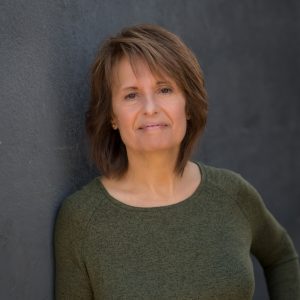 Chris Trani began meditating over 30 years ago and, after 15 years of intermittent practice, finally realized that she simply felt better and her life worked better when she committed to regular practice! In 2006, she was introduced to the work of mindfulness teacher, Shinzen Young through his audio program, The Science of Enlightenment, right before she was to undergo a very major surgery. Chris applied many of Shinzen’s techniques to manage her physical post-operative pain as well as the emotions that were triggered by the situation and, based on that experience, she was convinced of the value and practicality of his approach and committed to learn more.

“life worked better when she committed to regular practice”

In 2008, after participating in a weekend retreat with Shinzen, Chris was drawn to become more disciplined with her mindfulness practice thus began regular study with Shinzen to learn his system, Unified Mindfulness (formerly Basic Mindfulness), which he developed over several decades and continues to refine.

Unified Mindfulness is a comprehensive, contemporary and highly adaptable system that merges science and contemplative practice. One of its many wonderful features is that it makes understanding and practicing mindfulness accessible for those with little or no experience with meditation or mindfulness.

In 2012, Chris began formal training with Shinzen to become a mindfulness facilitator/coach in this system and she has remained committed to on-going learning as both a student and a group coach for many programs offered though Unified Mindfulness.  Chris is also featured on the mindfulness app Brightmind. Through these numerous ways of connecting, she has supported many individuals in starting and strengthening their mindfulness practice.

In addition to studying with Shinzen, Chris’ formal meditation/mindfulness instruction includes teacher certification from the Green Zone Institute for Mindful Communication based on the work on Susan Gillis-Chapman;  6 months of training with Tibetan teacher, Reginald Ray, called Meditating with the Body: Somatic Practices for Touching Enlightenment and a 12 month class, Dismantling the Ego, as well as numerous other classes with Zen teacher, Cheri Huber. Chris also completed 1 year of training as a practitioner of Phoenix Rising Yoga Therapy which facilitates awareness of sensations, thoughts, and emotions through the integration of assisted yoga postures, focusing techniques and non-directive dialogue which has been highly complementary to her mindfulness practice.

“supported many individuals in starting and strengthening their mindfulness practice”

Chris’ coaching, facilitation and teaching philosophy, style and skill draws extensively from her professional experience as an oncology nurse, a manager, a counselor, a management & leadership development consultant, a corporate leadership and communication coach and, most recently, as an independent consultant, coach and group facilitator.

Chris has a Master’s Degree in Counseling Psychology from Lesley University in Cambridge, Massachusetts and an undergraduate degree in Nursing (RN) from Colorado State University. She has also participated in a wide number and variety of certificate programs and courses throughout her career.